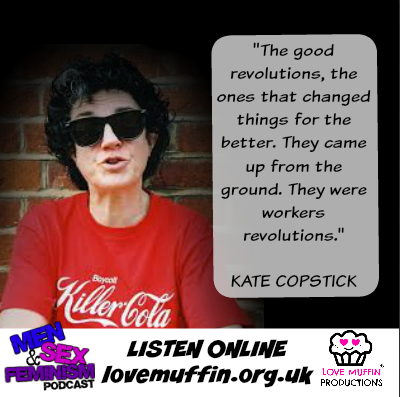 In 2016 reviewer phobic Sammie went to the Edinburgh Fringe where she became a fan of a critic. Kate Copstick is head reviewer for The Scotsman but also a revolutionary badass who founded and runs Mama Biashara. A charity supporting poor families in the slums of Kenya. Kate empowers women (and some men) to become self sustaining by awarding micro grants to start business, she sells some of the produce from these ventures in her Shepherds Bush charity shop. GO VISIT! Other topics discussed are socially conscious comedy, the evils of Coca Cola, racism, The Red Pill and class conflicts.